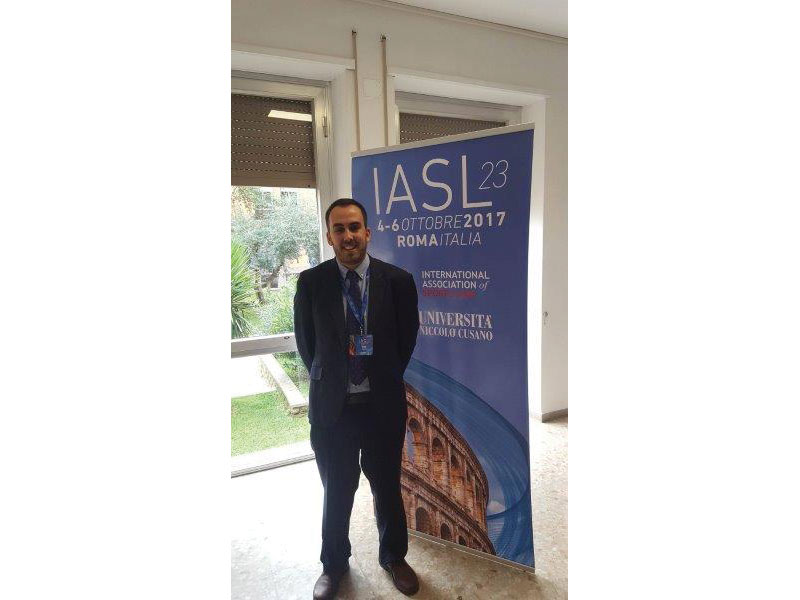 Dr. Robert Dingli attended the 23rd International Association for Sports Law (IASL) congress which was held at Niccolo Cusano University in Rome between the 4th and 6th of October 2017. Such congress also celebrated IASL’s 25th anniversary.

Distinguished experts in the field of sports law attended from all over the world and discussed current themes and issues concerning sports law, amongst them gender identity, FIFA transfer rules, intellectual property and European union legislation.

Dr. Robert Dingli presented his paper titled “Uncertain Brexit terms threaten the sports industry” which focused upon the negative and positive impacts that the United Kingdom’s withdrawal from the European Union will bring about to the sports industry in a legal context.

IASL President Prof. Dimitrios P. Panagiotopoulos spoke about the current challenging and changing times that the sports industry is facing, with transfer fees reaching unprecedented amounts and constant challenges to the sport’s autonomy. Prof. Panagiotopoulos spoke on the need to have a uniform set of rules and regulations which seeks to continue protecting the integrity of the game.

Dr. Robert Dingli is a member of IASL.